Three Signs That Can Indicate It's Time To Replace Your Forklift

Forklifts play a critical role in the day-to-day operations of your warehouse. When a forklift is down, this can have a significant effect on your productivity levels. Keeping your forklifts in good functioning order is the best way to avoid this. Recognizing when it's time to replace your forklift plays a key role in keeping your business on the right path.

One of the most telling signs that it's time to consider replacing your forklift is maintenance concerns. There are a number of key issues that should be perceived as warning signs, such as exposed or broken wires. Both of these issues offer an indication of an internal electrical issue.

While repairable, the cost to replace the electrical system can be more expensive than the value of the forklift. Another issue you don't want to ignore are fork blades that are distorted. With excessive wear, the blades may begin to bend or curve. Once this happens, it can make it more challenging to use the forklift efficiently, marking the need for a replacement.

The lifespan of a forklift can often be measured in hours. Manufacturers generally offer a general idea as to the average lifespan of the forklift, such as 9,000 to 11,000 hours. Typically, as long as you properly maintain the forklift, you should get at least this much use out of it.

It's important to note that the forklift isn't necessarily going to die once these hours expire, but it does offer at guideline for replacement. Once your forklift's hours of usage get close to this number, it's a good idea to start thinking about replacing the forklift before it does fail. Try to keep a log of usage to stay on top of the hours.

When the tires on a forklift fail, the problem isn't always superficial. In many instances, tire failure is just an outward sign of an internal issue. Take a tire that frequently goes flat, for example. This can often be an indication of a load shift issue.

While you're supposed to put loads on the forklift with the weight evenly distributed on each side, some forklifts also have built-in load shift systems that help balance out the weight. However, when this system fails, one side of the forklift may carry more weight than the other, resulting in more pressure being placed some of the tires, ultimately leading to the failure.

The more time you spend recognizing when it's time to replace your forklift, the less you have to be concerned with downtime. Make sure you are keeping this a priority in your warehouse. Talk to a dealer, like Independent Lift Truck Of Alaska, for more help. 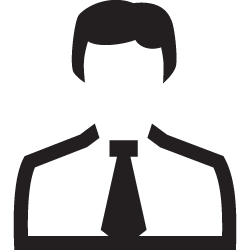 When I was a kid, my family owned a logging company. Every time I visited my grandparents’ home, I saw a variety of heavy construction equipment parked on the property across from their house. As a child, the huge pieces of equipment amazed me. I couldn’t believe that those pieces of equipment could actually pick up trees. I was also impressed that my dad and grandfather knew how to correctly use the equipment. I imagined my family members had a lot of fun maneuvering the equipment in the woods each day. On this blog, I hope you will discover some of the most popular pieces of heavy construction equipment utilized by workers across the country today. Enjoy!